The End of the World!

Posted on December 18, 2012 by astronomersden

2.5 Million stars will explode on Friday.

Across the Universe there will approximately 30 supernovas a second.

Right across the sky, where ever you look stars will be dying.  Tearing themselves apart in world shattering explosions.

Sending out vast amounts of radiation, some forming blackholes and others vast glowing nebula.  Whole planetary systems destroyed and consumed in an instant. 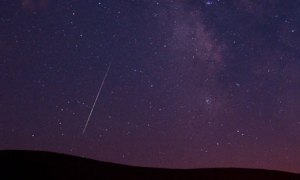 All around us the meteorites will be landing.  If you looked carefully you would have seen 20,000 >100g meteorites hit the Earth’s surface in the last year.

Over 50 will hit us on Friday.

2 meteorites an hour hitting our planet.

Bringing material from the depths of space, with it’s different isoptopes and ancient deposits.  Some of it will be from the beginning of the Solar System.  Some from even before that.

Then there is the Sun.

The Sun taken through the Earth by the SuperK Neutrino detector

On Friday it will crush mercilessly 600 million tons of Hydrogen every second.  All day long.  While we sit here under its gaze it will have turned 51840000000000 tons of hydrogen into helium through out the day and as a result will have unleashed vast amounts of radiation across the electromagnetic spectrum, much of it harmful to life on Earth.  The weather will be affected, storms created, winds generated and water will evaporate.

None of it will mean the end of the World.

All of this happens everyday.

Now stop worrying and enjoy the rest of the week.

6 Responses to The End of the World!